Our Members Love Us! 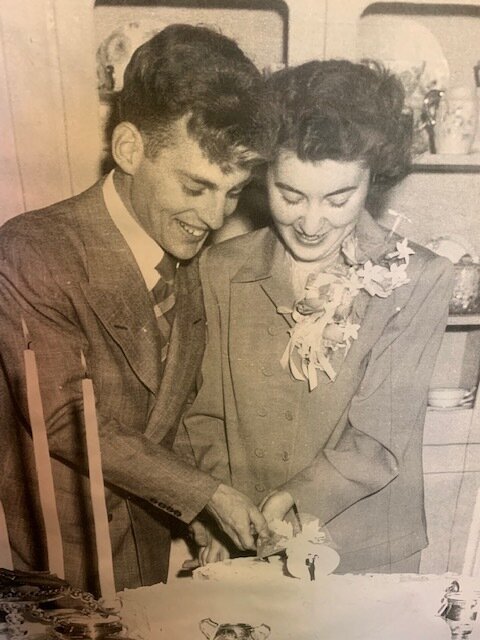 My parents, Corinne and Chuck Brown, met in the small Victorian seaport of Port Townsend, Washington, where they grew up. WWII had recently ended, and Chuck had just returned from his service in an armored infantry division in France and Germany. Corinne and one of her friends were celebrating their high school graduation at a small summer cottage resort near Olympic National Park, where Chuck was working at a fire lookout for the Forest Service. One look at Corinne, and he knew he’d met the woman he wanted to marry. Eventually, Chuck convinced Corinne to come along with his plan, and they married at the home of her parents on September 3, 1948. Ten years later, more abundant career opportunities led the couple of Seattle. Just a few months ago, Corinne and Chuck celebrated their 72 wedding anniversary in the home where they raised their two children, and where they have continued to live for the past 60 years. Hard work, good humor, resilience in the face of adversity, and a commitment to their marriage, family, and community, are hallmarks of their lives. Thank you for your interest in this brief story of a devoted couple of the Greatest Generation.

Thank you! Your submission has been received!
Oops! Something went wrong while submitting the form. Please contact us if error persists, we may already have your email on file.
Ruth and Doug
Unfailing love
Corinne and Chuck
Anthony and Barbara
Valentine's Day
A new beginning
Homecoming
Peg and Bob
Forever love
Family
Carol and John